This new season has started with a bang for our BTM artists! We have already enjoyed some exciting premieres and performances so far, and we are looking forward to more in the upcoming months. Check out some of our recaps and previews for select artists below!

2018-19 proves to be a jam-packed season for Andrea Clearfield! This season Andrea serves as the 2nd Annual Steven R. Gerber 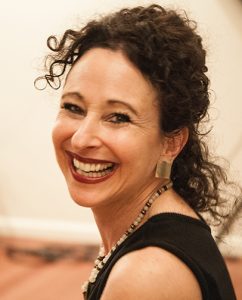 Composer-in-Residence with the Chamber Orchestra of Philadelphia, where her new Concerto for Electric Guitar and Chamber Orchestra will be premiered with Jordan Dodson as the soloist in late March 2019, along with a new Saint-Saëns arrangement, as well as a host of outreach activities. Her new anthem, “The Song of Hannah” has just also received its world premiere early in November. While multiple performances of Andrea’s works will be heard around the country, in January, her first opera, MILA: Great Sorcerer (libretto by Jean-Claude van Itallie and Lois Walden) will be unveiled at the work-in-progress concerts presented by the PROTOTYPE Festival. Commissioned and produced by the New Visions of Opera NYC and directed by Kevin Newbury, with conductor Manoj Kamps and featuring The Knights, this new opera about the Tibetan folk hero, singer, and spiritual teacher Milarepa will run on January 12-13 at the Gerald Lynch Theater at the John Jay College. We are excited! 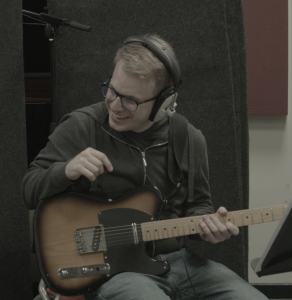 Spring 2019 is shaping up to be an exciting one for our newly-minted Artist Services Manager, composer, guitarist, and sound artist Chris Cresswell, with a series of chamber music concerts in March and April of 2019. A trio of events are going to be happening in NYC: A composer portrait on March 19 at the Arête Venue & Gallery featuring electro-acoustic works from 2012-2018, a work for voice and piano with BTM’s own Teamaster Trudy Chan’s Cheah Chan Duo on March 26 at Church of St. Luke in the Fields, and a world premiere of a new piece for soprano and trumpet for the intrepid Byrne:Kozar:Duo on April 27 at The DiMenna Center for Classical Music. Also happening in March we will hear the world premiere of of even the beautiful, a 9-minute new work for glissando flute and electronics featuring flutist Tammy Yonce. Chris is also returning to the recording studio after the release of his debut album, “315 Ensemble”. He is currently developing a new commissioning project of works for solo guitar and electronics, and he is in the process of recording these works for future release. We will be sure to share more news far and wide soon! 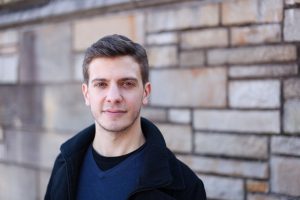 Michael Gilbertson is enjoying a busy 2018-19 season after the exciting news of being named as one of the youngest Pulitzer Finalists this past April. (Check out Joshua Kosman’s fantastic interview with Michael on The San Francisco Chronicle if you haven’t seen it yet.) Michael opened his new season with a world premiere of The Beautiful and The Good for the San Francisco Chamber Orchestra this past October. Furthermore, the dynamic young ensemble, Akropolis Reed Quintet, is bringing Michael’s new work as part of their 2018-19 season tour programming around USA. Looking ahead, Michael will receive two world premieres in March 2019 – with Musica Sacra (cond. Kent Tritle) in NYC and with the United States Marine Band “The President’s Own” (cond. Col. Jason K. Fettig)  – as well as the Texas premiere of Fool’s Gold in Austin later in April 2019. Additionally, his piece, The Cosmos, for woodwind quintet and orchestra, will receive its European premiere in Germany summer of 2019. Bravo, Michael! 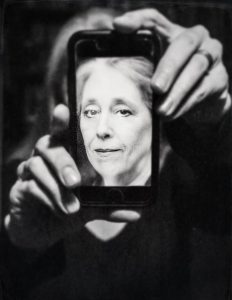 This fall/winter season we will hear three works by Susan Kander with texts, a nod to the composer’s roots as a playwright. dwb (Driving While Black) has just made its much-anticipated staged debut in at the Lawrence Art Center in Lawrence, KS on November 17, and then the opera will travel to Kansas City on January 25, 2019 for another performance as part of a full-evening portrait concert for the composer.  The autobiographical libretto for this one-woman chamber opera, penned by Roberta Gumbel (who also doubles as the featured soprano for the opera), offers an honest and anxiety-driven insight to any African-American mother with children of legal driving age. (Watch Roberta Gumbel’s succinct explanation for this work here.) Directed by Kansas City Repertory Theatre’s Resident Director Chip Miller, the performances also features the cello-percussion duo, New Morse Code. Besides the opera, a world premiere of And Love Waits, a choral cycle to poetry by William Carlos Williams, and a new song cycle with words by the late Kansas City poet, Michelle Boisseau, rounds off this busy, wintry season for Susan. 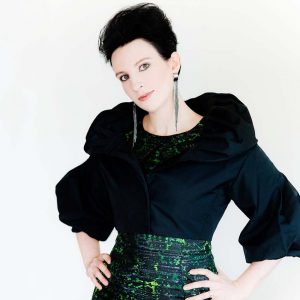 Brewing up new possibilities, soprano Lindsay Kesselman, is performing and premiering by composers throughout the United States. After a string of holiday performances with the North Carolina Brass Band and Winston Salem Symphony, Kesselman will premiere a brand new work, That Places We Can No Long Go by John Mackey with the Arizona State University Wind Ensemble at the 2019 College Band Directors National Association Annual Conference in Tempe, AZ this coming February. Continuing her work championing new music for voice and wind ensembles, Kesselman will premiere a song cycle by newly signed BTM artist, D.J. Sparr with the University of North Carolina-Greensboro wind ensemble in April 2019, the first performance of this fifteen-ensemble consortium project. On the recording front, Lindsay is featured on the highly-anticipated release of Christopher Cerrone’s New Amsterdam recording later in summer of 2019. Additionally, Lindsay’s own voice-clarinet-piano trio, HAVEN trio (with clarinetist Kimberly Cole Luevano and pianist Midori Koga) will also be releasing their recording of Jon Magnussen’s Twinge (inspired by Barry Bearak’s cover story on The New York Times Magazine, “The Day the Sea Came”), written especially for the trio, on Blue Griffin later this season. A huge champion of contemporary music, we are excited to follow Lindsay Kesselman’s voice wherever it leads.

Stephen Lias has already had a strong start to his 2018-2019 season with the world premiere of his Electric Blue Sand by Sybarite5 in October. November saw the New York premieres of composers from Composing in the Wilderness (a unique composition summer program that is near and dear to Lias), Arctic Edition, by the Corvus Ensemble. In February the Texas New Music Ensemble will perform his White Water. Lias rounds out the season representing Texas at the 2019 ISCM World Music Days Festival in Estonia. He will continue to direct the Composing in the Wilderness this coming summer, where composers have the chance to explore the inspiring wilderness of Alaska’s backcountry, compose music about it, and have it premiered by top performers. We’re excited to grab our thermoses and go on an adventure with Stephen Lias this season! 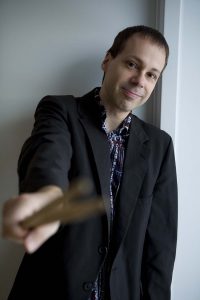 Composer and percussionist Lukas Ligeti, who has just returned from a triumphant first visit to Chile for concerts and presentations, continues to travel the world with exciting performances and premieres. On February 3, 2019, concert:nova in Cinncinati will give the world premiere of Birimintingo, a Quartet for Clarinet, Violin, Cello, and Piano. The title is a word in the Mandinka language of West Africa and refers to virtuosic solo runs played on the kora, a traditional 21-string harp of the Mandé people living in Guinea, Senegal, The Gambia, and Mali. This world premiere will be followed up with performances by Civitas in Chicago, and SOLI Chamber Ensemble in San Antonio later in the year. This coming spring and summer, Ligeti will be traveling to Portugal twice for a new residency and commission with Sonoscopia Associação Cultural. In addition, his new recording, That Which Has Remain, That Which Will Emerge, will be released later next year under the innovative Polish label, Bôłt Records. Estamos animados com o que está por vir! 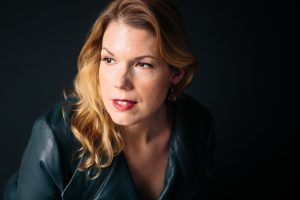 Violist and composer Jessica Meyer has been criss-crossing the United States with performances and premieres in Boston, St. Louis, Lubbock, and  New York this fall season. She concluded her residency at the Isabella Stewart Gardner Museum in Boston with the successful world premiere of Grasping for Light by A Far Cry earlier in September, as well as having performances by members of the St Louis Symphony Orchestra, the Caerus Ensemble, and counter)induction, which Meyer is a founding member. She concludes her 2018 season with the debut of the concert version of her solo show, “And She”; to be premiered at Symphony Space on December 2nd, incorporates the poetry of four acclaimed, living poets and explores two universal feelings – falling in and out of love and the death of a parent. 2019 is looking to be an exciting one for Meyer. In late January and early February, Meyer’s Through Which We Flow will be receiving its North Carolina premiere with the North Carolina Symphony in various cities. On Tuesday, April 16, Juilliard415 breaks new ground by presenting “The Seven Last Words Project,” an evening-length event that features seven new works by seven composers, including Meyer, all of whom will write a response for period string quartet to one of the sonatas of Haydn’s Seven Last Words of Christ. This will be an eclectic and flavorful year for Jessica Meyer; watch this space for more! 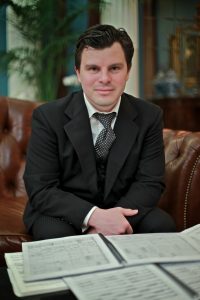 D.J. Sparr, the most recent addition to the Black Tea Music menu, is having an exciting season with two new CDs, performances, and premieres throughout the United States. Coming fresh off his critically acclaimed performance on the NAXOS release of Kenneth Fuch’s Glacier, Sparr will release a portrait album, Electric Bands on Innova Records. His new orchestra piece, From the Red Dirt, will premiere on January 12th with the Chicago Composer’s Orchestra and he has written a new song cycle for fellow Black Tea Music artist, Lindsay Kesselman. A commission with a consortium of fifteen wind ensembles, the world premiere will be presented by the University of North Carolina-Greensboro in April 2019. Stay tuned as more performances are being scheduled! Sparr is currently working on a new vibraphone concerto for next season, details to be announced at a later date. Read more about Sparr as we welcome him to the Black Tea Music family.