Balancing the extremes of the familiar and the experimental, music by Emmy®-nominated composer Ryan Chase (b. 1987) has been described as “the stuff of memory” (The Herald-Times) and hailed by the New York Times as “whirlwind… deftly explored contrasts of mood, from bombastic to introverted.” Chase’s pieces have been performed and recorded by such artists and ensembles as Alarm Will Sound, the Albany Symphony Orchestra, the American Composers Orchestra, the Chelsea Symphony, Contemporaneous, Flux Quartet, violinist Amos Fayette, soprano Ariadne Greif, pianist-composer Andrew Hsu, the Mexico City Woodwind Quintet, Mivos Quartet, the Society for New Music, SONAR New Music Ensemble, and the Texas State University Wind Symphony.

Coming to classical music as a jazz pianist, he is an avid and eclectic collaborator, having backed artists ranging from Clay Aiken, to Sufjan Stevens, to ?uestlove. His music has been presented at the Cannes Film Festival, Tanglewood, the Aspen Music Festival, the Copland House, the Mizzou International Composers Festival, the Resonant Bodies Festival, the Santa Fe Chamber Music Festival, the Oregon Bach Festival, and on PBS. Accolades for his work include a Charles Ives Fellowship from the American Academy of Arts and Letters, a Fromm Commission from the Harvard Fromm Music Foundation, two consecutive BMI Student Composer Awards (including 2011’s William Schuman Prize for Most Outstanding Entry), two ASCAP Morton Gould Young Composer Awards, the Audience Choice Award from the American Composers Orchestra Underwood Readings, the Undergraduate Scholar Award from the Presser Foundation, the Northridge Composition Prize, the Brian M. Israel Prize from the Society for New Music, and the Suzanne and Lee Ettelson Composer’s Award.

Current projects include a concert-length symphony for symphonic band and electronics for the Texas State Wind Symphony’s centennial season, an opera based on Beatrix Potter’s The Pie and the Patty-Pan for Ariadne Greif, and a portrait album of recent chamber works.

Chase began his musical training when he was accepted to the Mannes School of Music at sixteen. He holds degrees from Mannes (B.M. 2004) and Indiana University (M.M. 2010, D.M. 2014), where his primary teachers were Claude Baker, David Dzubay, Keith Fitch, Don Freund, and Gabriela Ortíz. He currently serves on the faculty of Colgate University as Assistant Professor of Music.

The universe is full of doors, for wind symphony and electronics
songs the monster sang, for string quartet
Preludes for a Silent World, for solo piano 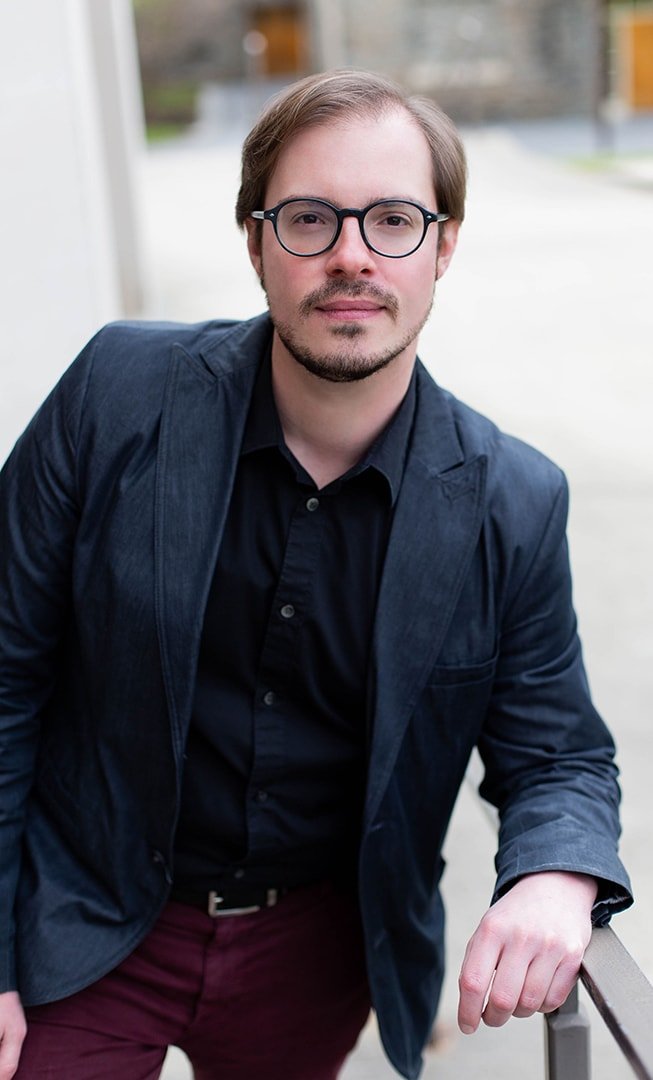 The universe is full of doors