Jerrell R. Gray (b. 1989) is a composer, conductor, and musician who is a graduate of Southern University and A&M College where he received his Bachelor of Music degree, and is a native of Chicago, Illinois. His experiences include studying at the Sherwood Conservatory of Music and competing, as well as placing, at the collegiate level in the DeBose National Piano Competition. He won first place at the George Shirley Composition Prize for his work Serenity Prayer, and was awarded a commission by NATS for The Soul of America, a work based on the last words of John Lewis.

He completed a project playing lead piano on an independent film that premiered in the Sundance Film Festival. Mr. Gray has eight other published choral works. His composition Rock de Cradle Mary is published with Hal Leonard. His arrangement of Keep Your Lamps Trimmed and Burning is with Walton Music.  The Old Rugged Cross, Nobody Knows the Trouble I See, What a Friend We Have in Jesus, I Surrender All, I’m Seekin’ for a City, and No Dyin’ There are with GIA Publications, Inc.

His works have been performed in Texas, the Bahamas, California, Florida, North Carolina, Washington, D.C., South Carolina, Georgia, Virginia, New Jersey, Alabama, Pennsylvania, Michigan, and Illinois, and has presented his works at Georgia and Virginia. He is the founder and director of the Neoteric Chorale and has also been featured on NBC 33 News/WVLA. Mr. Gray is continuing his education pursuing a Master’s degree in Choral Conducting. 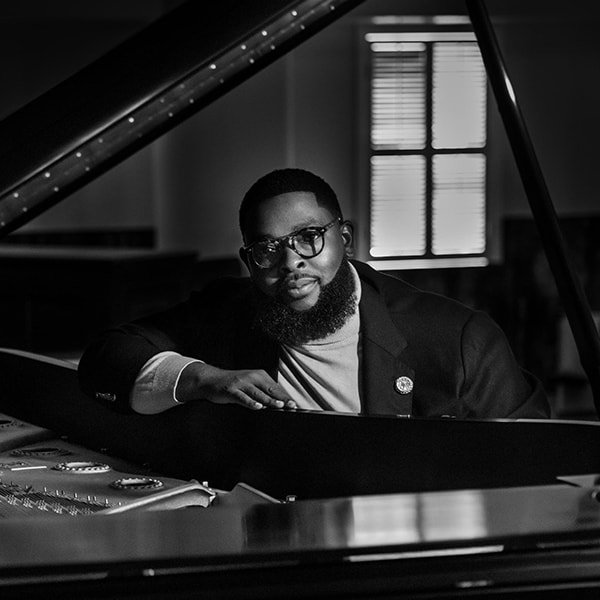 The Soul of America, the last words of John Lewis, for baritone and piano
In That Mornin’, for SATB chorus
Serenity Prayer, for high voice, or medium voice, or low voice and piano