Andrea Clearfield is an award-winning composer who has written more than 160 works for orchestra, opera, chorus, chamber ensemble, dance and multimedia collaborations.

Clearfield creates deep, emotive musical languages that build cultural and artistic bridges. She has been praised by The New York Times for her “graceful tracery and lively, rhythmically vital writing,” the Philadelphia Inquirer for her “mastery with large choral and instrumental forces,” the Los Angeles Times for her “fluid and glistening orchestration,” and by Opera News for her “vivid and galvanizing” music of “timeless beauty.”

Clearfield’s works are performed widely in the U.S. and abroad. Among her works are twelve cantatas including one commissioned and premiered by The Philadelphia Orchestra. Recent works, including her choral cantata Tse Go La: At the Threshold of this Life, are inspired by Tibetan music fieldwork that she conducted in the Nepalese Himalaya. She was appointed the Steven R. Gerber Composer in Residence with the Chamber Orchestra of Philadelphia for their 2018-19 season, 2018 Angelfire Music Festival Composer-in-Residence and 2020-2022 Composer-in-Residence with National Concerts at Carnegie Hall. Her opera, MILA, Great Sorcerer, to libretto by Jean-Claude van Itallie and Lois Walden was presented at the acclaimed NYC Prototype Festival in January 2019.

Clearfield was awarded a 2016 Pew Fellowship in the Arts, two Independence Foundation Fellowship awards and fellowships at the Rockefeller Foundation’s Bellagio Center, American Academy in Rome, Yaddo, MacDowell Colony, Copland House, and the Helene Wurlitzer Foundation among others.

She received a D.M.A. in Composition from Temple University where she received the university-wide Presidential Fellowship. She served on the composition faculty at The University of the Arts from 1986 – 2011 and currently sits on the Board of Directors of the Recording Academy/Grammy’s Philadelphia Chapter.

As a performer, she played keyboards with the Relâche Ensemble for 25 years and had the great honor of performing with the Court of the Dalai Lama. A strong advocate for building community around the arts, she is founder and host of the renowned Salon featuring contemporary, classical, jazz, electronic, dance and world music since 1986. 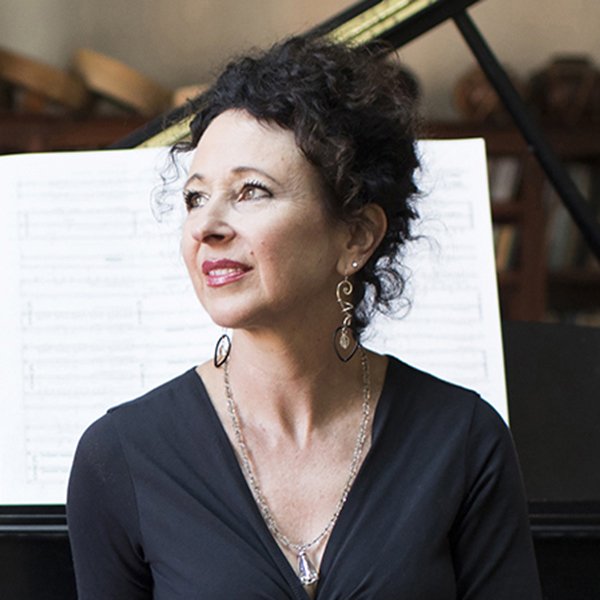 Tse Go La (at the threshold of this life) — SATB and SSAA choruses, and chamber orchestra
Rabsong Shar (the eastern room of the palace) — soprano, chamber orchestra, and electronics
Convergence — viola and piano
Alleluia — SATB a cappella

Poet of the Body and the Soul

Prayer to the Shechinah